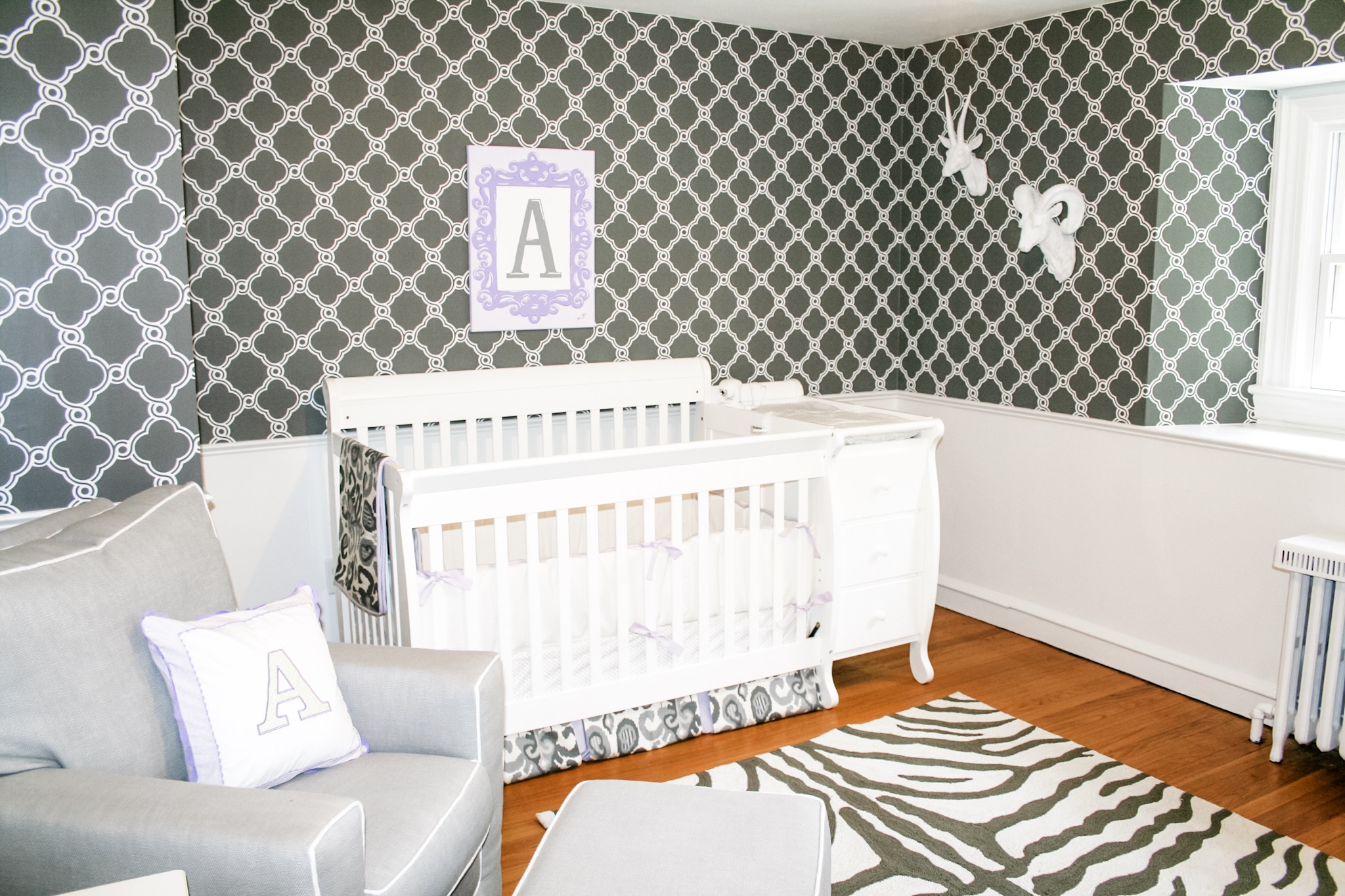 Celebrity nursery in a Rock Star Baby theme. This modern nursery was designed for a high profile couple who lived a very busy life. They were super cool and so very nice to work with! This funky nursery was actually designed “sight unseen” from the owner’s apartment on the Hudson River. This couple travels constantly and had just purchased a farm built in the late 1700’s but had not settled on the home yet when they brought me in, therefore we couldn’t get in to see the room in person. Their busiest travel season was about to begin, so they wanted to share their thoughts and get me started on the nursery before they hit the road and would be tied up for a couple of months. Their desire was for their infant daughter’s room to be completed shortly after they settled on the home so that at the very least, her nursery design would be completed…even if the rest of the home was still untouched. These parents had very different taste. He was a very traditional, conservative guy who wanted timeless design that would fit well into an old farmhouse. She had an edgy rock and roll style about her and wanted something funky and fun, and not overly girly but just feminine enough. The crib had already been purchased and assembled before I entered the picture so we conserved by keeping the conversion crib. We began with the gray, white and lavender color scheme and everything fell well into place from there with the selection of the urban ikat gray crib bedding, the gray lattice wall paper and then the gray zebra nursery rug. The dresser changing table and nursery nightstand are from Pottery Barn Kids. The gray nursery glider chair has white cording to brighten it up. We added a monogrammed pillow and I hand-painted the monogram nursery wall art myself as a gift to this wonderful family. I always love adding family photos to a nursery because my philosophy is that a nursery should reflect family heritage and love for both the baby and parents to feel enveloped by warmth and love every time they enter. The finishing touch was the fun white faux taxidermy to poke a little fun at traditional country farmhouse decor. The mother told me that they had found some very interesting taxidermy in the old barn on the property in fact! Everyone was very pleased with the nursery design and in fact the mother was so thrilled with the result that she indicated she might just move in with her daughter who now had the only finished room in the home! 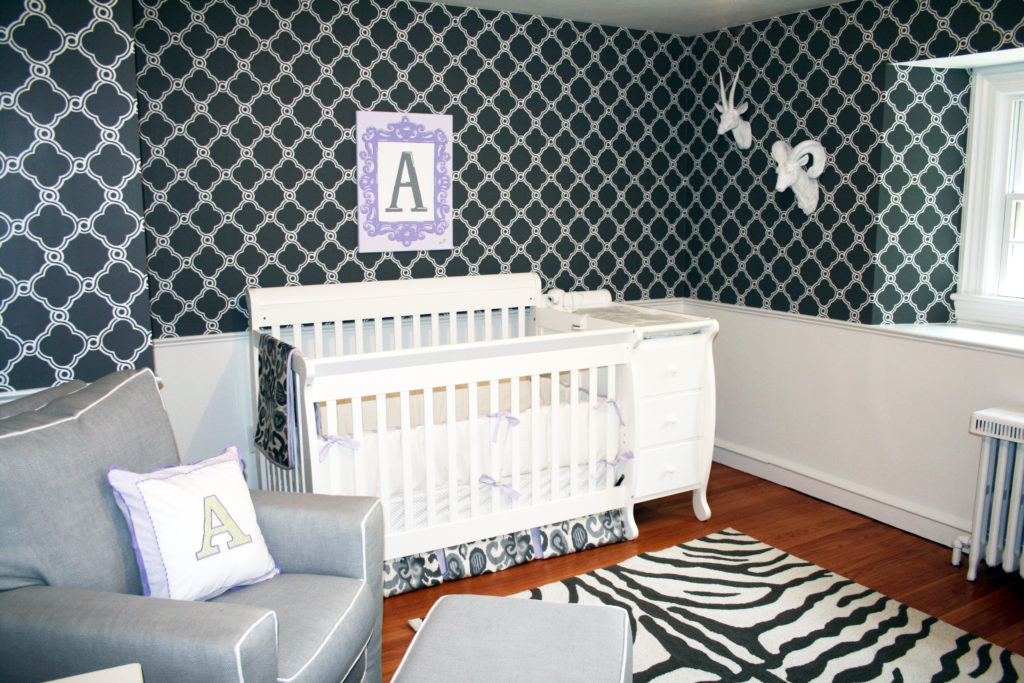 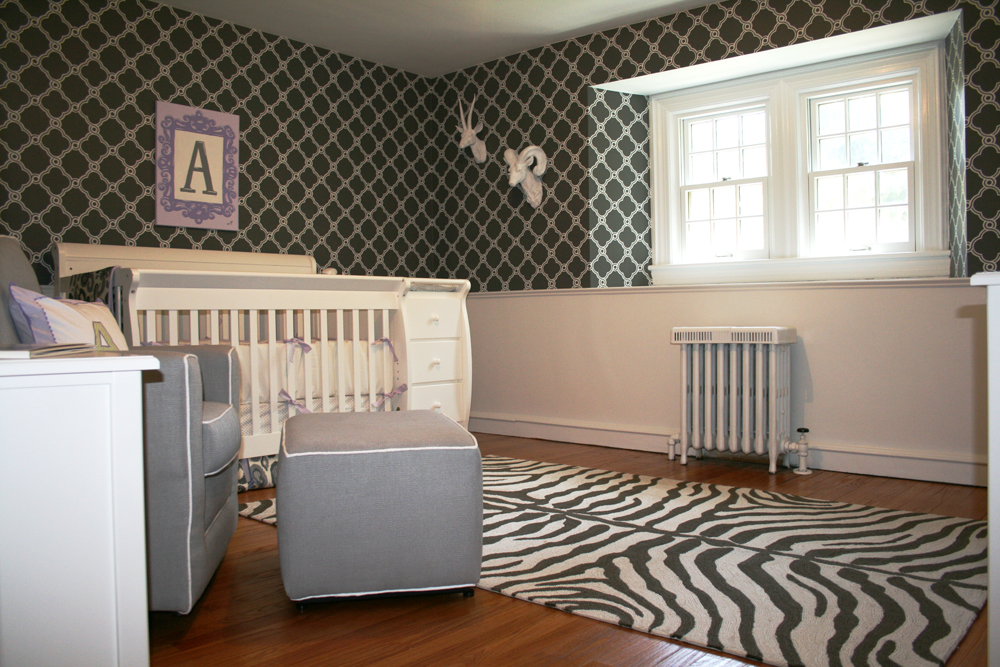 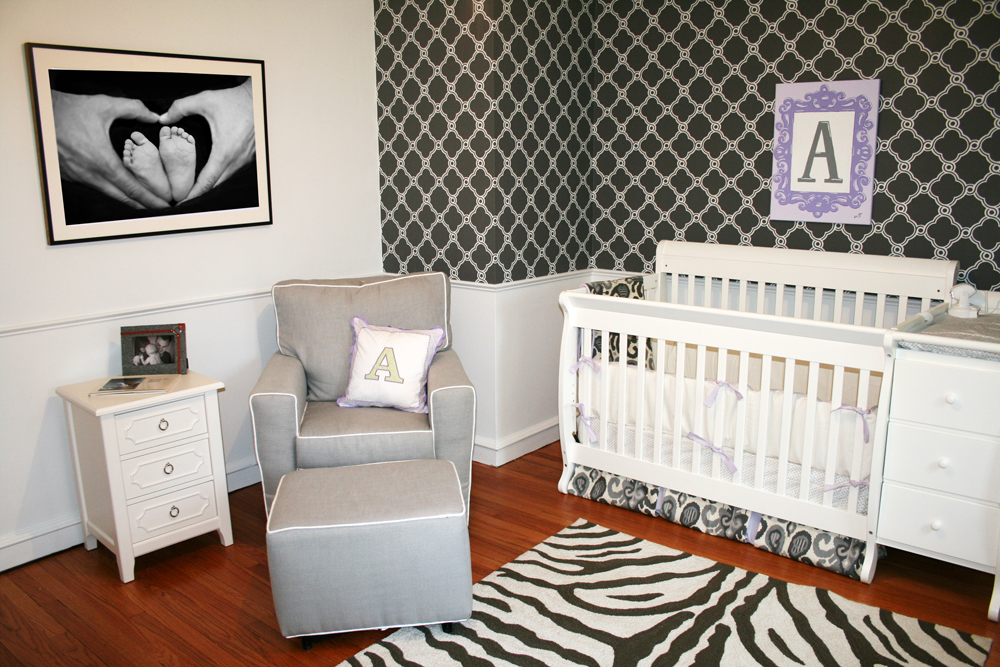